A few years ago we shot a custom library with our friends at Morgan Myers for their client, DNA Genetics, a global swine genetics company based in Nebraska. They were fantastic hosts, and we were thrilled to shoot in probably the most incredible swine facilities we’ve seen. Well-managed, clean and technically advanced. So impressive. But the best part, as always, was the people.

We shot some cool sets with the staff around the facility, as well as a whole series of on-set catalog style “beauty shots” of specific animals representing the company’s genetic lines. Many of our photos are featured on the DNA Genetics company website.

Often, when shooting custom libraries, we don’t know how (or if) certain images will be used. So it was really fun to see one of our swine beauty shots literally spot-lighted a new national ad campaign for DNA Genetics. It looks like the kind of concept shot that might take all day to capture. But it was just one in a series of many gems from that custom library shoot waiting to be re-discovered. 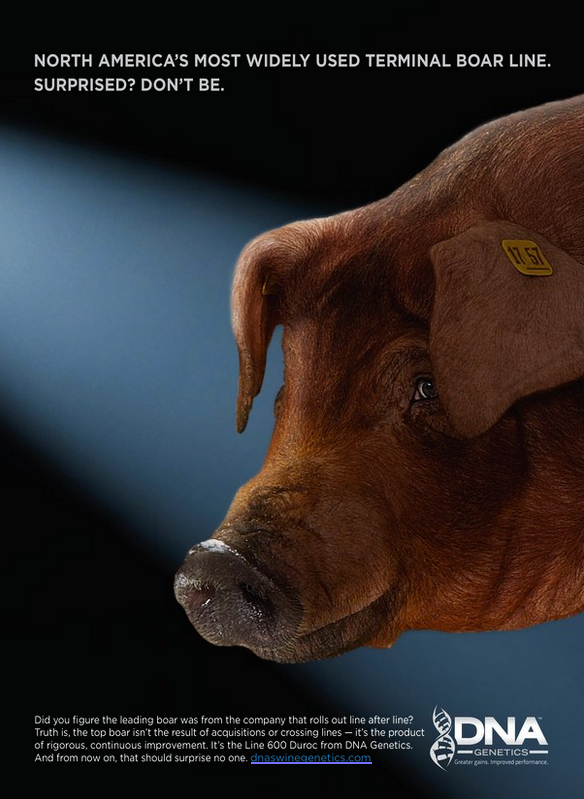 We want to thank the folks at DNA Genetics for being such fantastic hosts. And of course, offer our special thanks to the creative team at Morgan Myers for using our images in their great work.